Edit: April Fool! Thank you for all your feedback, that was funny! Of course, nothing in this article is serious and Carrot will never be replaced.

On the bug report of the free/libre and open-source webcomic project Pepper&Carrot, we had this long standing bug around: "Issue #06: Having a cat is too cliché for a witch". As the author and maintainer, it was very hard for me to accept this issue and I tried at first to protect Carrot. But after long debates and interesting arguments with the community, the idea grew in me and I decided to refactor the project and replace Carrot in every panels for a dog. We named him Beetroot and I designed him to not be too cute (to also avoid the cliché of the "cute pet dog") and his colors were inspired directly by the beetroots.

The refactoring started last week in the branch beetroot-refactor-all on Framagit and this project will take approximately four months to replace all appearance of Carrot for Beetroot. You can see the visual under of the first panels refactored. I hope you'll like him better than Carrot! Let me know in the comments bellow! 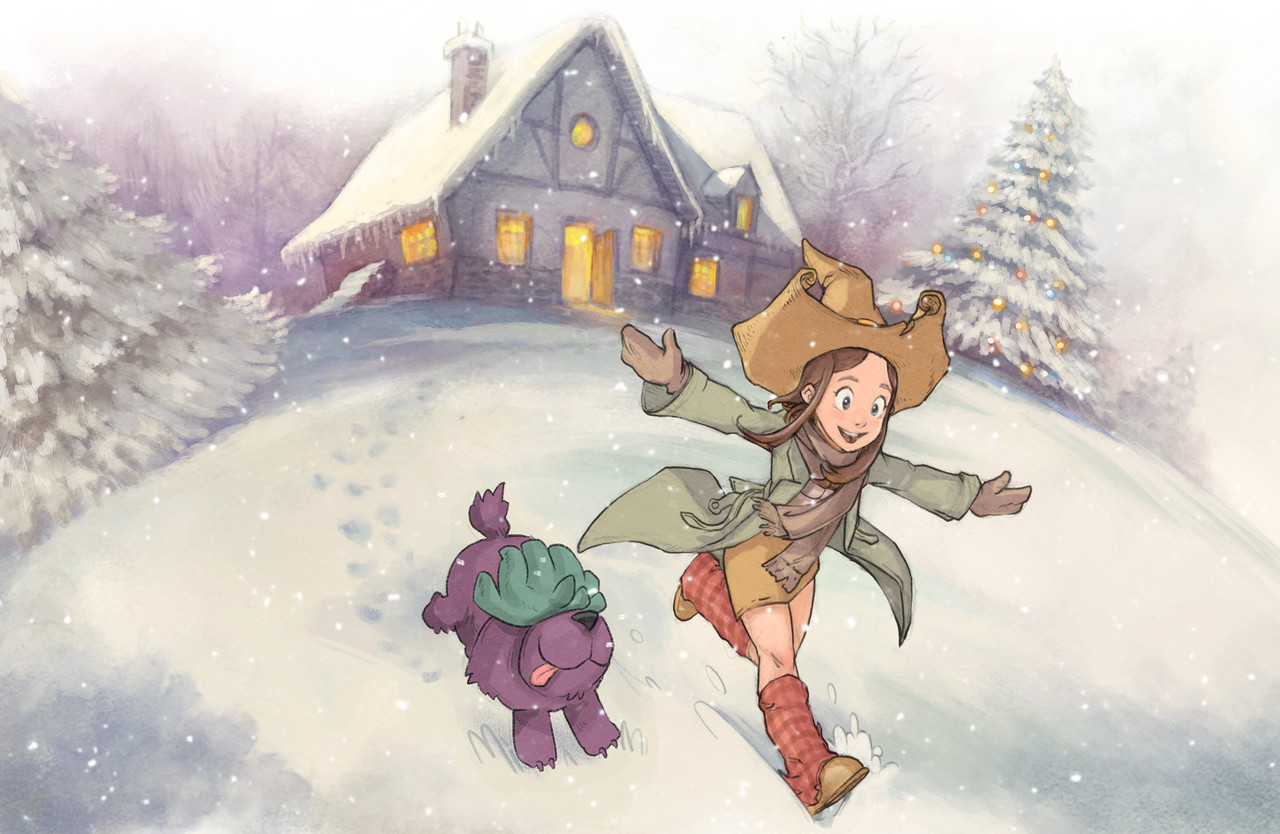 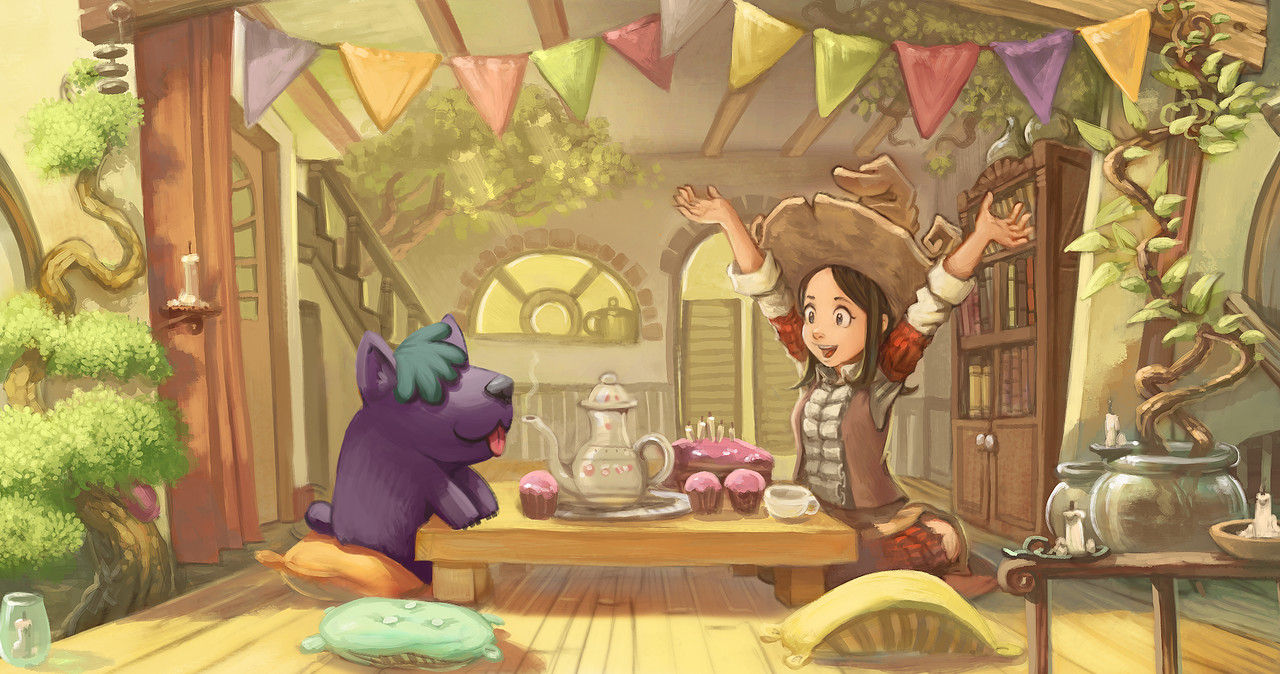 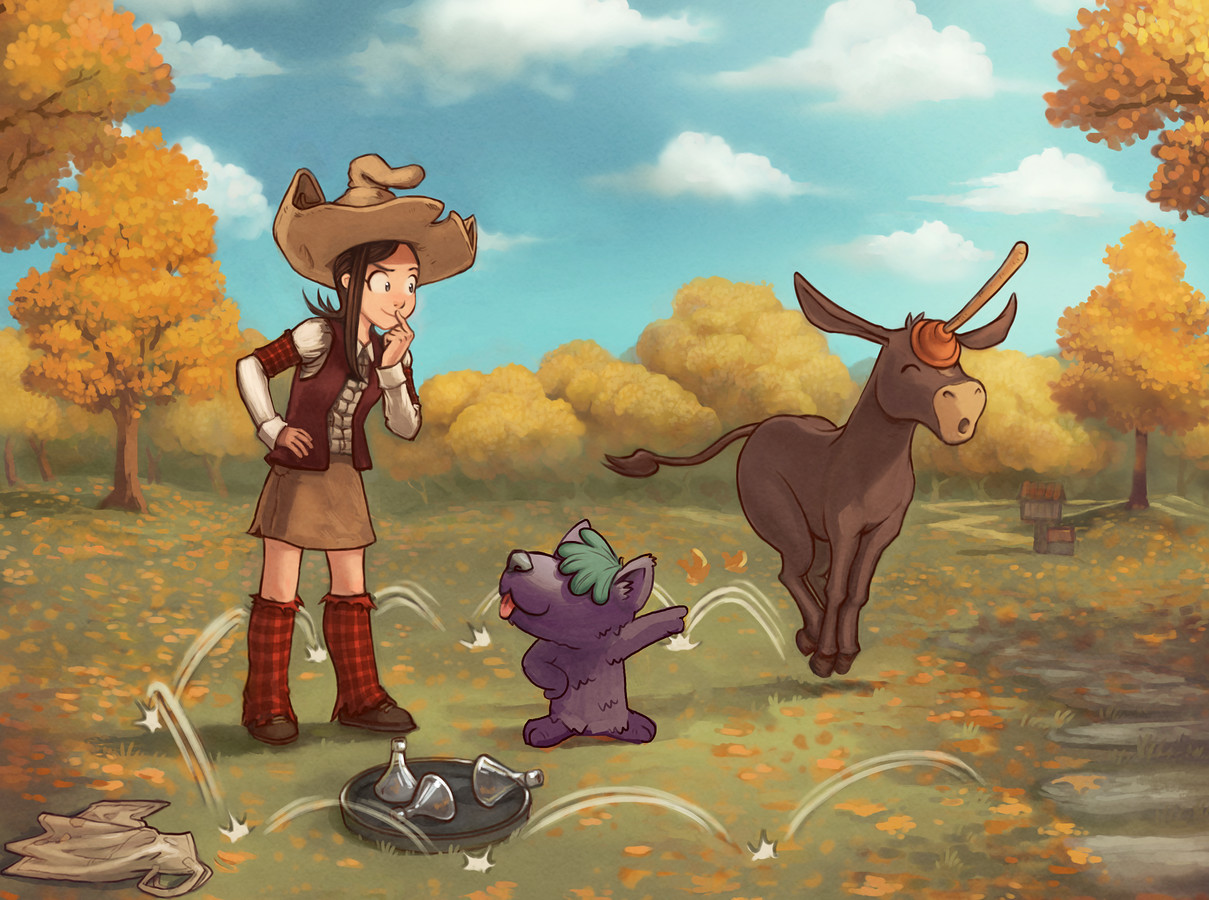 Next post
License: CC BY
David Revoy, www.davidrevoy.com, 1 april 2019.
Unless otherwise mentioned in the article.

I'm terribly sorry, but I think you've managed to fail at making him "not too cute" — he's *adorable!* <3

Haha, you are right! I failed on this part of the prank. :)

Now I want to see Beetroot and Carrot in a picture together. I bet they look great together with the orange/purple/green colour combination!

I'll have probably to use Beetroot for another witch. Yes, I want to make this character canon in a way, for the joke :P Maybe the pet of Cinnamon, witch of Hippiah (the girl with red hair on this episode: https://www.peppercarrot.com/en/article379/episode-18-the-encounter , I designed her as a teenager version recently. She was supposed to appear on episode 28 -offering flowers to Coriander- but all the scene I had in mind of all magic schools giving presents to the new queen exept Chaosah was removed because the episode was already too long.)

It reminds me more of a purple carrot than a beetroot:)
https://www.graines-de-bambous.fr/boutique/graines-du-potager/carotte-cosmic-purple.html

Great character by the way!

The best friend for a witch is a fish !

Argh! I'm hideously allergic to dogs! I'll have to abandon the project now. :)

OMG, this is the best thing ever XD! (after my own cat)

I spent far longer than I should have looking for the issue on the repo before I remembered what day it was. I almost panicked :P

Beetroot is great, but I hope we get to keep Carrot for a long time.

Thank you for browsing all the issues :D
That was a side-effect I expected for the prank.
xD

No dog will take my place, especially this average handsome Beetroot. Meow!

Oh, this is clearly next level! Good idea ;)

Are you sure this is the right way to go? Using that reasoning ("too cliché for a witch), you could replace Pepper's hat with a baseball cap, potions with something they smoke (think of cultures where shamans smoke magical herbs), make Pepper a boy (it happens to be normal for boys to wear short skirts in that world), etc.
Please, wait until you get a significant number of answers confirming that's what your readers want.
I want Carrot to stay.