[ Jully 2016 ]  Refactoring of the fan-art and fan-fiction part of the website :

[ May 2016 ]  All the indicators ( Spam in comments, slow 'sources' page, unsupported php 5.x by the host ) were positive to force me to update the website. Now the website use the new PluXml 5.5 with Php7 on a faster host. I tried as much as I could to not change the theme. But here is what's new:

[ May 2015 ] Google launched a campaign pro-Mobile-Friendly, considered as a 'Mobilegeddon' by the press ( Mobile + Armageddon ). Any website non-mobile-friendly would suffer of bad ranking. I didn't wanted this handicap for Pepper&Carrot ( and for my portfolio too ). My previous website was using old HTML+CSS, and used pixel and a fixed layout for many elements. Many many commits and a total rewrite were the only solution to migrate the previous homemade theme to html5, Css3 and use a Css framework as PluCss. On the way, I decided to not do just a portage, but enhance the website a bit. I merged the homepage with 'webcomics' for a faster access. I also changed all webcomic covers ( 7 comic x around 12 language , manual edit ) to get translated title appearing in the homepage.  I also removed the tag line "The Open Webcomic by David Revoy" as I'm more and more open to call it "The Pepper&Carrot project".

Each buttons are now easier and bigger to press ( to suit it to the tablet and mobile user ). I plan to decorate the website a bit more ( custom graphism, new cover ) on the last part of 2015. 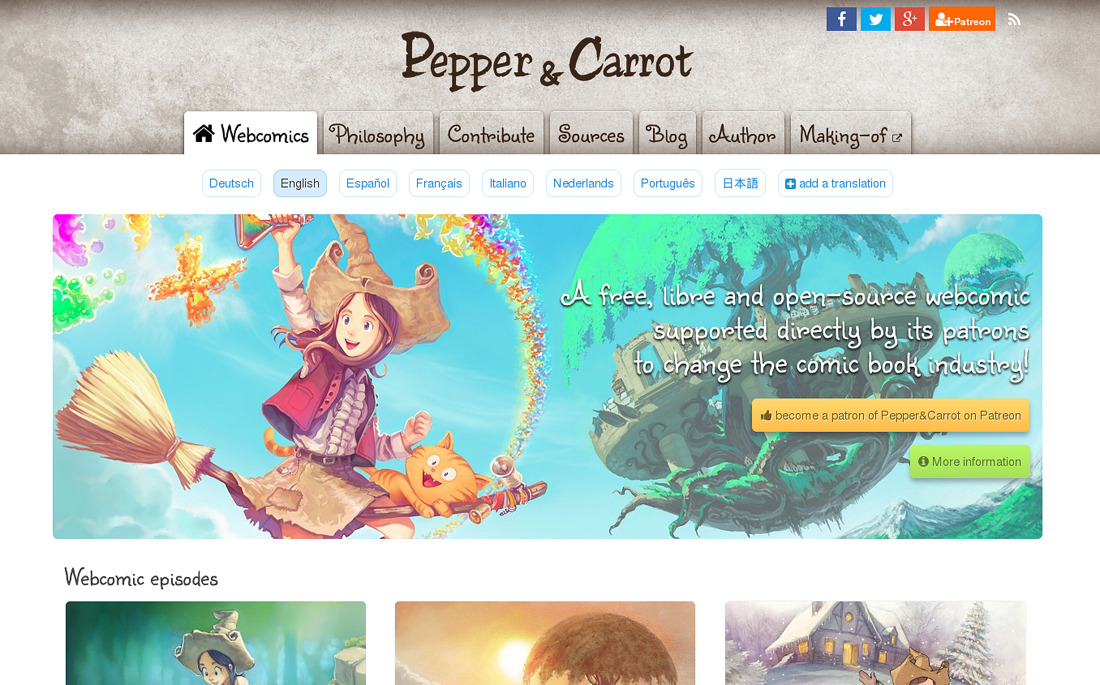 [ Jan 2015 ]  Pepper&Carrot has a own dedicated website, the look was the same than the screenshot above, without the multilingual toolbar.

[ July 2014 ]  Pepper&Carrot was a category under my portfolio, with a dedicated theming.
Waybackmachine link 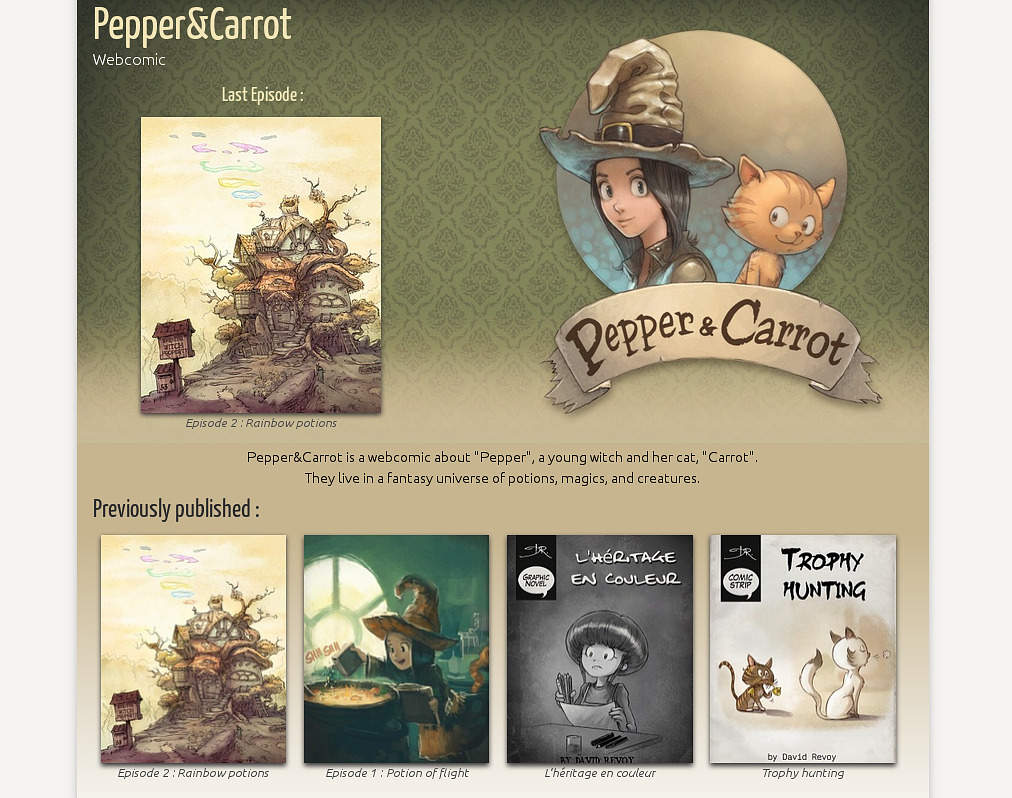 License: CC BY
David Revoy, www.davidrevoy.com, 16 november 2016.
Unless otherwise mentioned in the article.

Nice update!
Unrelatedly, please check how you configured the RSS feeds for this website: Occationally multiple old entries are randomly thrown into my feed at once rather than just the newest one.

@kram1032 : Thank you kram1032 ; Ok I'll have a look. I suspect every post had an update when I changed the website ( I also updated a lot of article in local, to correct layout , then sent them back at one time. ) I'll keep an eye on the RSS feed , to stabilise it and also I'll send a mini notification before a website update next time. Thanks for the feedback!

Heads up: Looks like it is working fine now, thanks

Google decides what’s good and bad and everybody follows their orders, great!

Love Pepper&Carrot by the way. Keep up the good work :-)