Here is a summary post with pictures of my activities in the past week, hundreds of interesting peoples met, 1 talks, 4 workshops and a travel threw Europe from Italy to Netherlands. Unfortunately, I couldn't talk here about all the interesting things I saw and learned or about all the cool peoples I met... It is just a report about my talks and I'll skip a bit Italy to make the article shorter on focus on the Blender conferences.

Ton Roosendaal during the opening of the Blender Conference 2010.

My first workshop reviewed most of the features non-known about Mypaint, Alchemy or Gimp-painter. At the end of this non-exhaustive review , I took the last minutes in doing a speed based on the 3 softwares. The pictures and the work in progress are under. 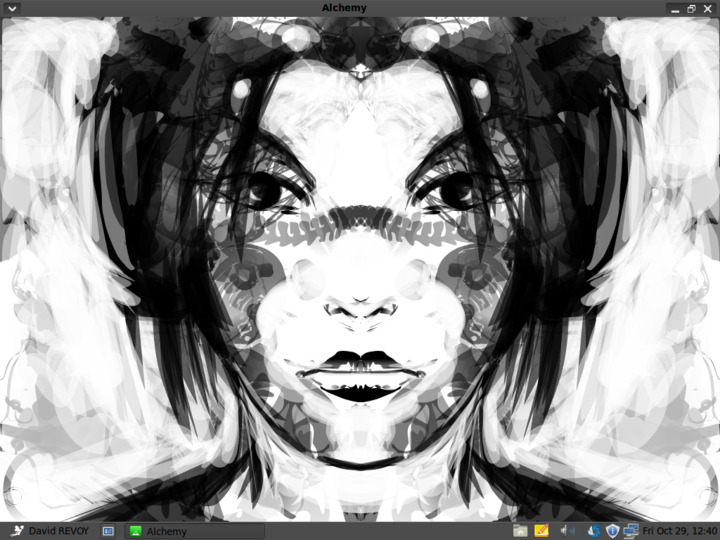 Influenced by the workshop of the artist Andy Goralczyk , I decided to show a demo with music minimalistically commented of my use of Blender ( it sounded good in the Blender conference ) with a paint over for environment. In a big hour, not a lot time to do a perfect rendering, but enough to give 'an idea'. The result picture is under, and the WIP too. 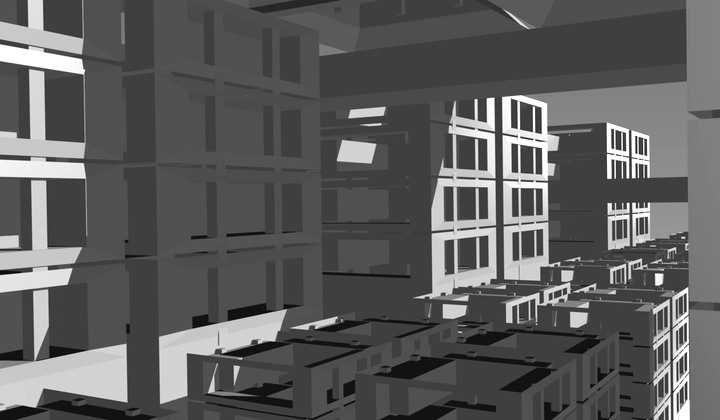 Then I also painted 'live' at the diner, it wasn't a real demo, just a work session with Jonathan Williamson about a 'copter' vehicules. But many saw it as it was on our diner table. A bit of Alchemy live demo, and model sheet in Gimp-painter and Mypaint.
On sunday, Andy and I wanted to try a fun experiment; start a collaboration with him starting a 3D scene with a black and white render, and I would paint-over. This was one of the most exiting workshop I've ever done, because their was inside this big hour a perfume of improvisation, total artistic opening and challenge to ourself. Too bad I was really sick this day, I had to go back to the hotel urgently just after and couldn't say correctly bye bye to most of peoples I wanted. I recover a bit of health just before leaving the hotel to get back to home; a luck. 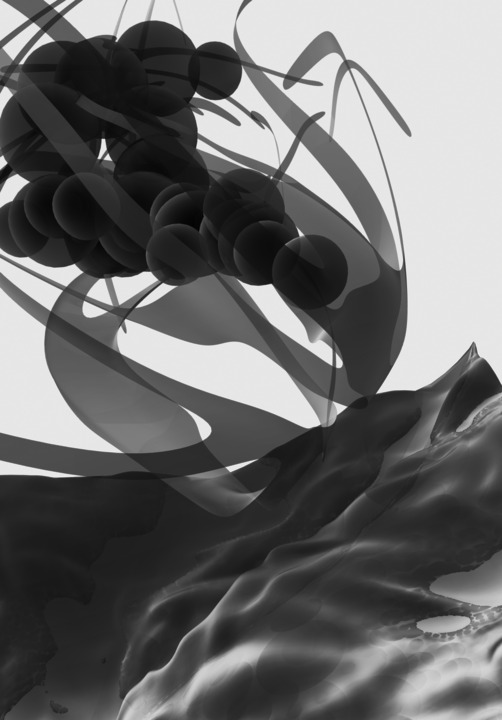 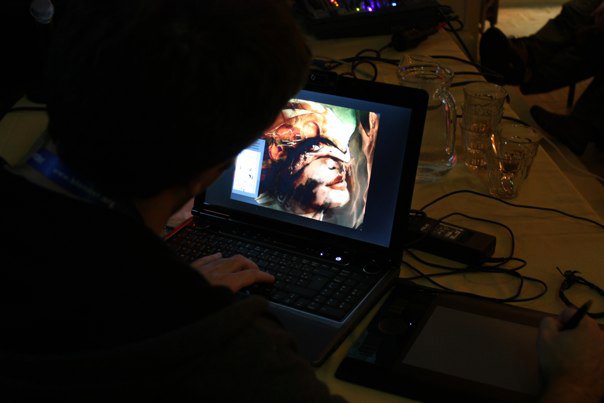 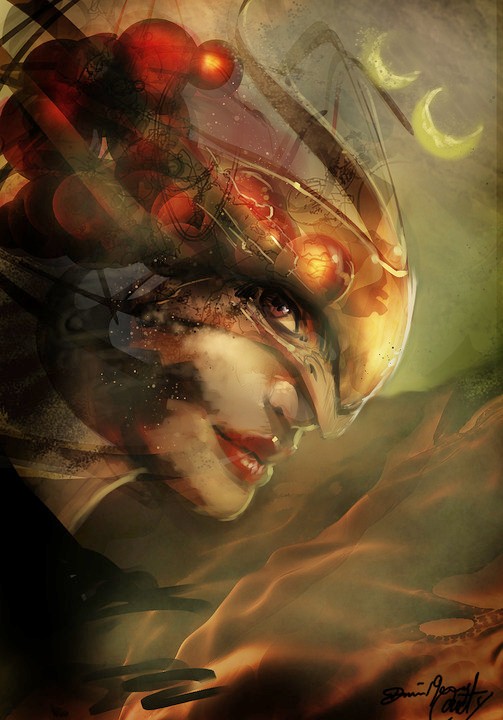 And to conclude, thanks to the public ; always present to fill all the sit in the rooms ( and sometimes more! ) during the conferences. It makes me really happy. ( the photo under was done during the 'collaboration' with Andy ). Thanks to to all the organisation and people who made all this events possible.

Next post
2 november 2010.
Unless otherwise mentioned in the article.

Awesome! Wish to see more about the conference though, I couldn't attend it :( Sad to hear you were sick the last day :(

@Deburger : Hey Thanks a lot to point me this errors ! I corrected it ;)

I really wish I could have attended the conference.

Hopefully next year (and hopefully with my own prsentation o_O)

Keep up the great work!

What a shock to find this page through stumbleupon! :O

I thoroughly enjoyed watching your presentations David. You truly are an amazingly talented artist. Don't ever stop!

@Omar: Hey, would be good if you can come ; but I understand south america is really far and it cost a lot to come.

@Andrew : Hey Thanks Andrew for the visit ;) It was a pleasure to talk and share a beer with you during this Bconf2010.

congratulations about this conference !

Your work is recongnized at last !

First of all congratulations! Lovely work. I am really appreciate your work. Thanks for sharing the nice post. Thanks so much.....