video of the game made by french game testers

"Troll de Troy , La mort rose" is a video game, point and click style for PC/Mac produced by Belle Production and published by Mindscape. The videogame show the univers of famous french comic "Troll de Troy " a French comic series published by Soleil Productions. It is a spin-off series of Lanfeust of Troy and is created by author Scotch Arleston and writer Jean-Louis Mourier .

My work on this video game was to enhance the background graphics : The team of Belle Production made base 3D landscapes, and I had to paint over them to add extra details, correct lighting and make the feeling a bit more rough and painterly. Over 100 backgrounds where made this way ; and also other graphics ; including game start, game menu , mini games , etc... 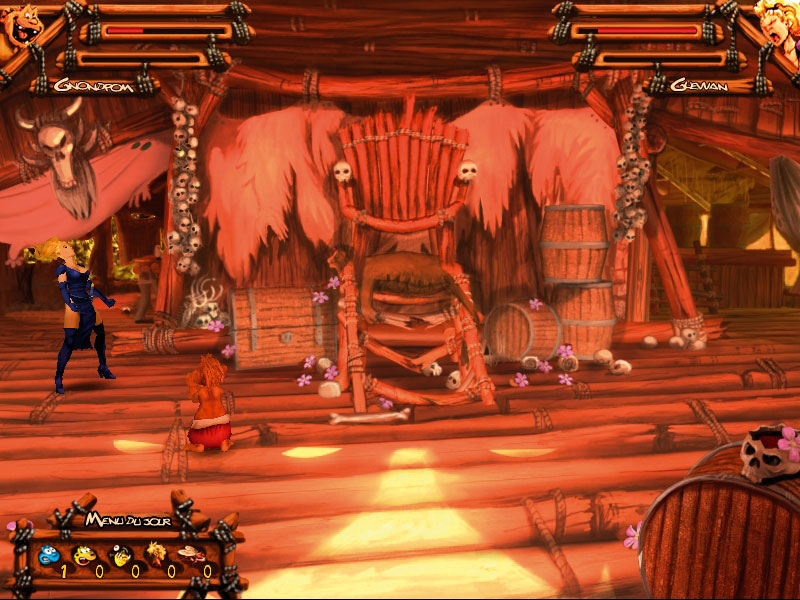 a screenshot in game : 3D characters , dynamic and animated, overlay on top of a 2D background I painted

Here under a series of the backgrounds ; with on the left the state 'before' as Belle production gave me the artwork ; and on the right the final after the paint-over. 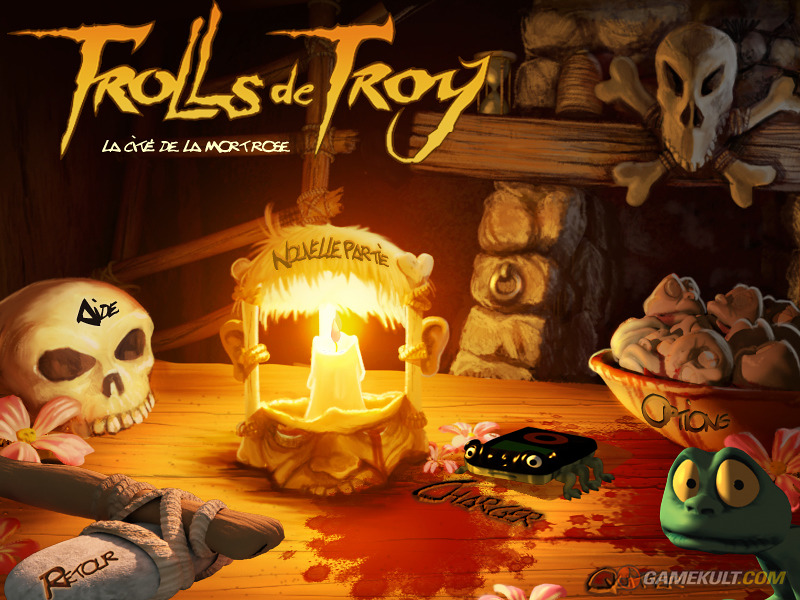 Next post
License: ⒸCOPYRIGHTED Copyrighted by the owner(s) mentioned in this article
with a special permission to republish here, 31 august 2008.
Unless otherwise mentioned in the article.