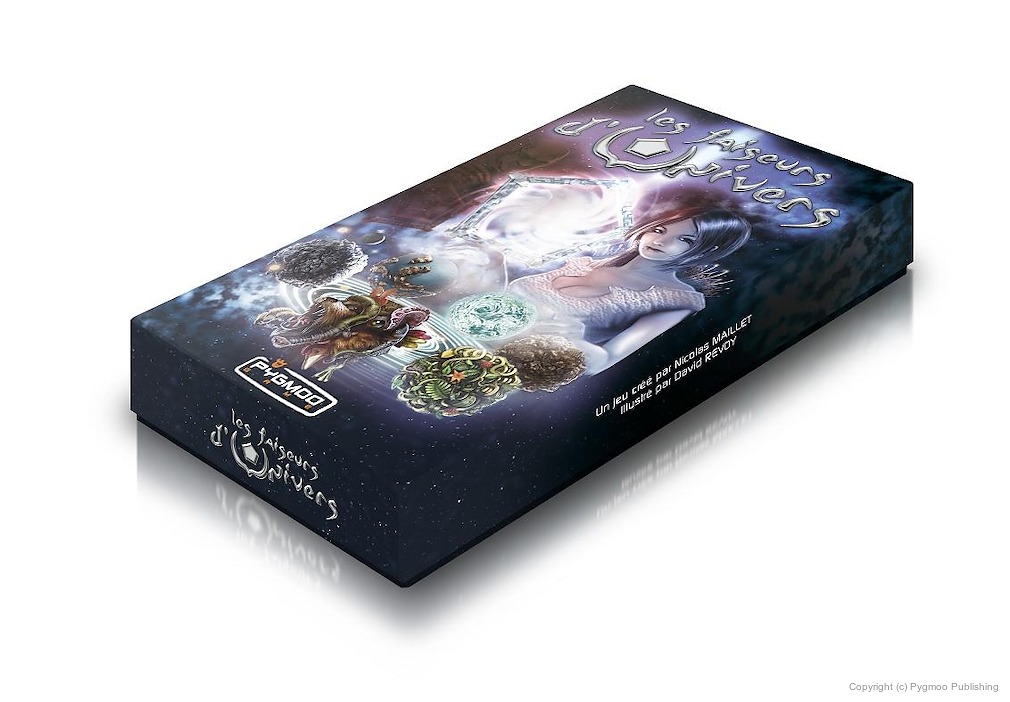 'Les faiseurs d'Univers' is a board game written by Nicolas Maillet I fully illustrated. The theme of the game is around the universe of the famous sci-fi saga of Philip José Farmer , 'The Maker of Universes'.
The game contain a large amount of card, with a dark sci-fi feels. It also was the first game of Pygmoo Publishing, and a lot of passion was involved in it.The game is in french only.

I mixed 3D and 2D to create this universe. Here are some of the illustration without text and icons above them as in the final version : 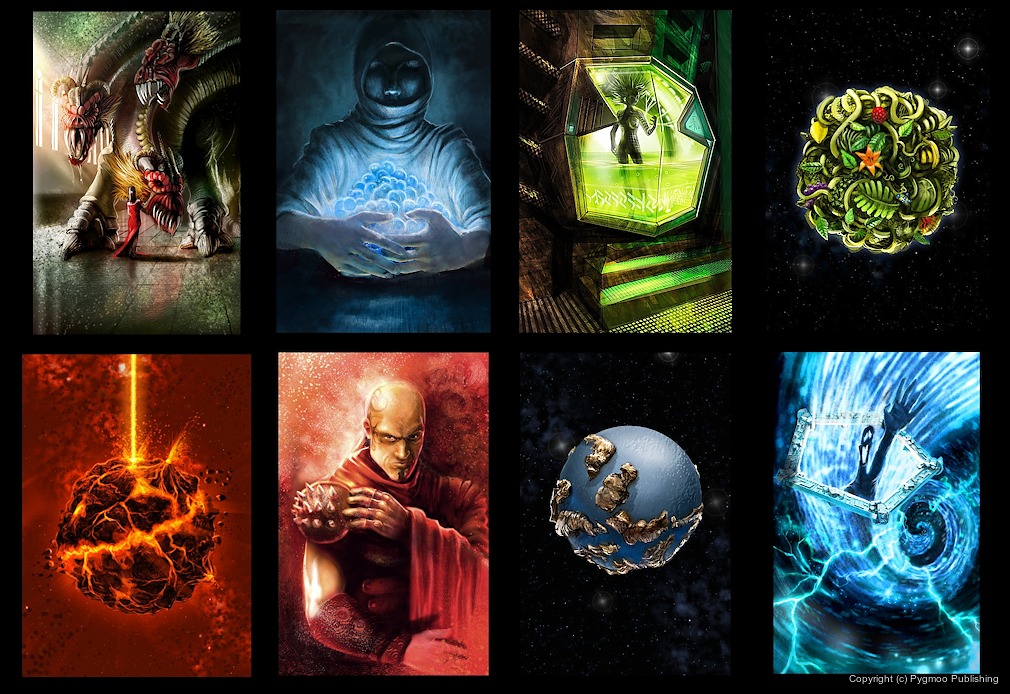 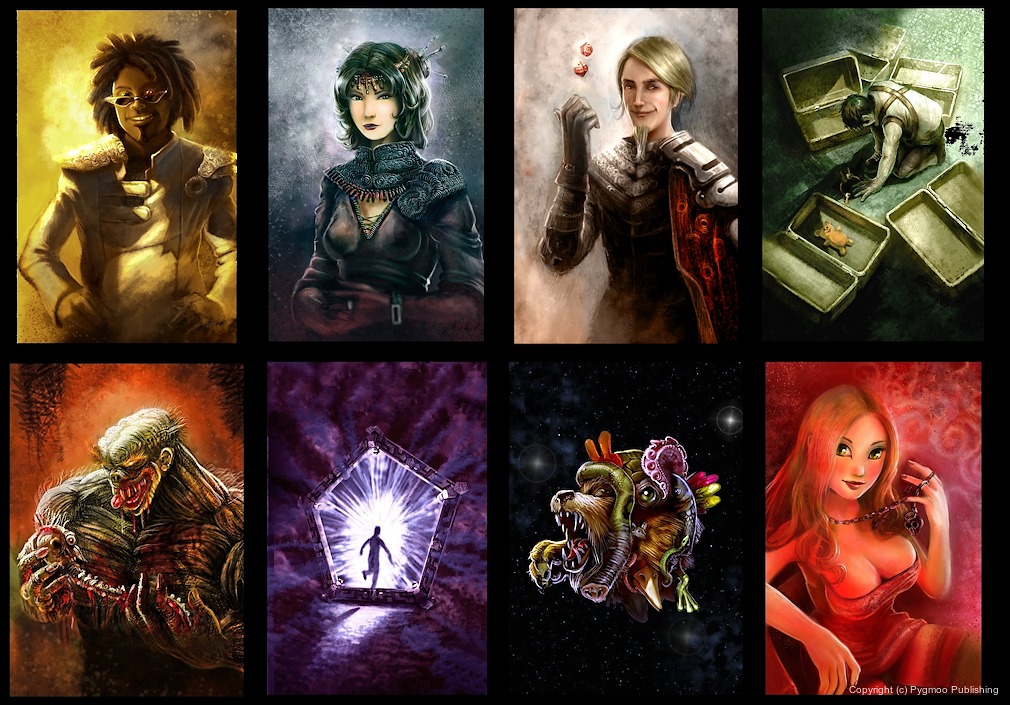 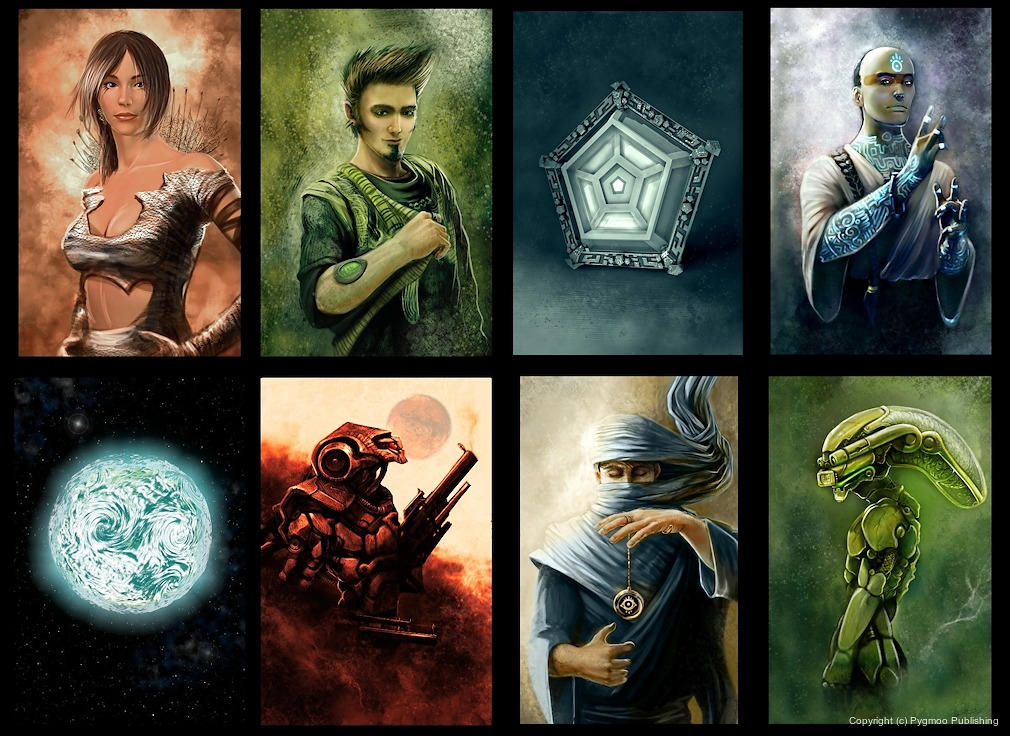 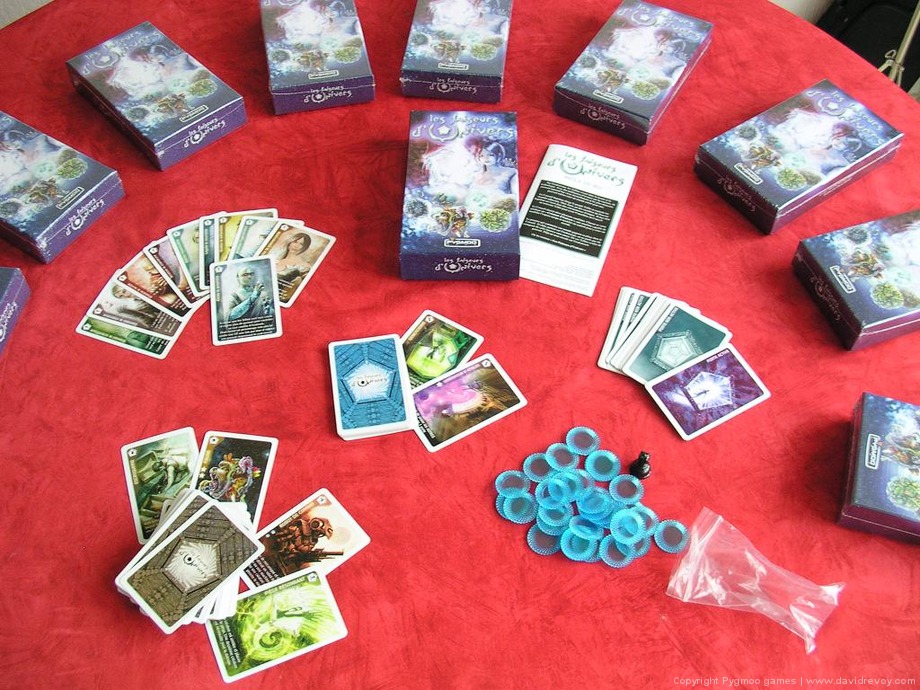 Next post
License: ⒸCOPYRIGHTED Copyrighted by the owner(s) mentioned in this article with
with a special permission to republish here, 20 september 2006.
Unless otherwise mentioned in the article.