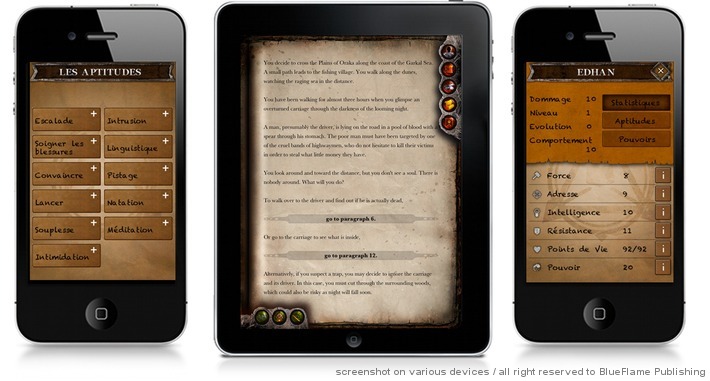 "Hamnasya -  Askaryl's Grimoire"  is a role playing gamebook for Iphones and Ipads in English and French.

I was happy to be a part of this production. It was a kid's dream for me to work on a gamebook as I read a lot of them.
The visual theme of the quest is clearly around a classic dark fantasy, with creatures , fighting , magical powers, items and  big landscapes.
35 speed-paintings in 4:3 were necessary to illustrate Askaryl's Grimoire project : 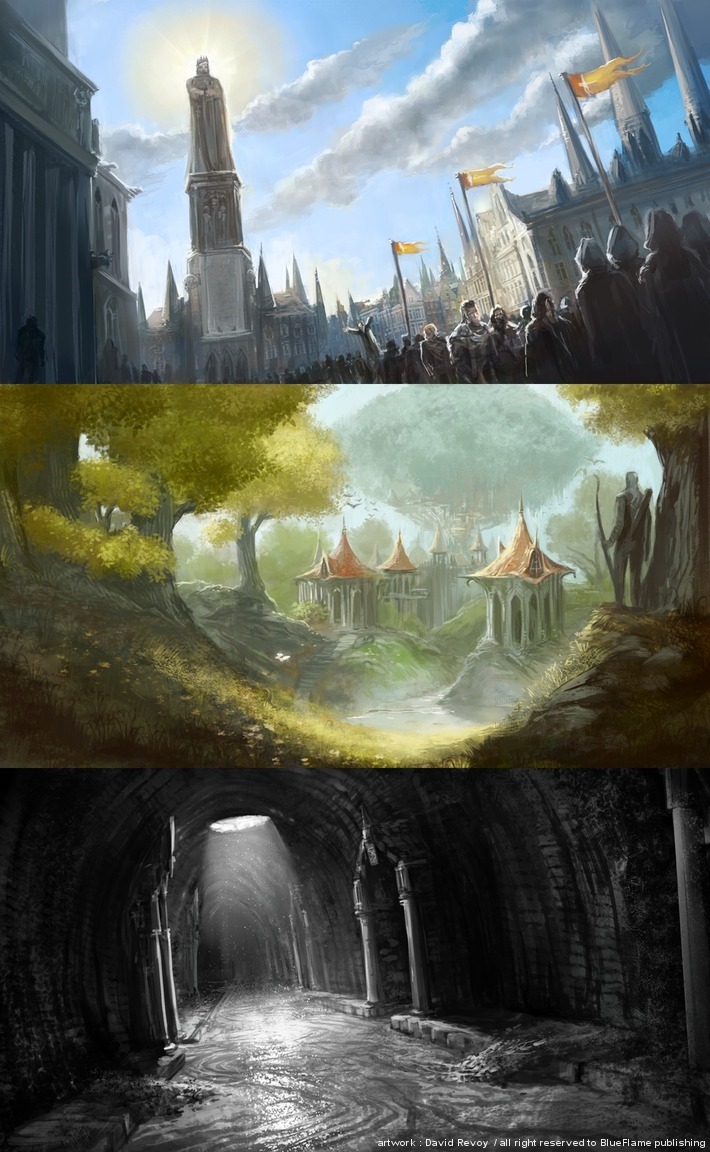 More than 100 portraits were necessary to represent creature and actors threw the journey : 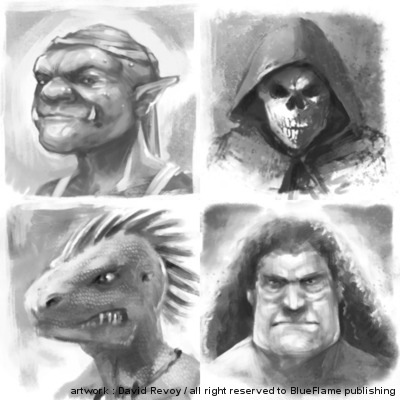 Storyboard sample of the video teasing intro , not in a timeline order. 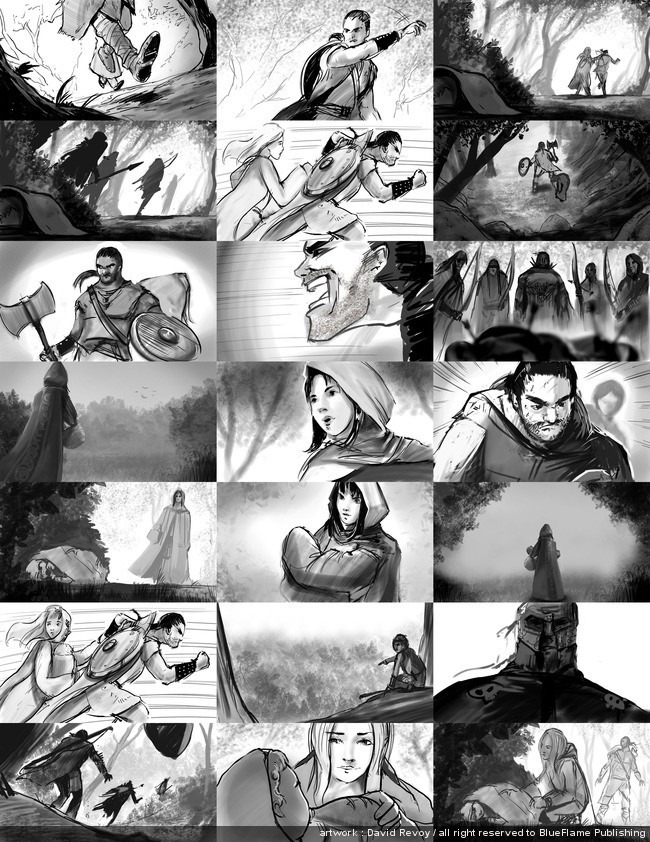 All illustrations were done using Krita development 2.4 beta with a bit of post prod in Gimp. Thanks for the many debug done by the Krita team.

Here is a work in progress of an illustration  :

Here is the cinematic trailer done to tease the app , produced by Delapost Paris :


License: ⒸCOPYRIGHTED Copyrighted by the owner(s) mentioned in this article with
with a special permission to republish here, 19 december 2012.
Unless otherwise mentioned in the article.

Wow, your proyect looks very interest, epic and with very much action, jejejeje. The landscapes are very beautiful and the making of is interest.

In your pictures, I can't avoid notice the screenshoot of mobile devices and, although it has to do something with the other, I can't too avoid yourself this question: In the future, Mypaint is available for mobile devices (like tablets and cellulars phones with Android, Ipad or Iphone)

Mypaint can already be used on Linux tablets. An Android port's possible but not ipan/iphone as Apples restrictions conflict with the GPL.

how much time you've spend the centaur progress?

@j-rocky : It was long ago, so I'm not sure how long time I spent on it ; maybe between 5h to 8h. A sort of "detailed speed-painting".