Hey! I'm back after a small week at the Krita Sprint 2019 (Deventer, Netherlands). You probably saw already photos about our large group this year (eg. Mastodon link here) and I guess you'll probably read in the coming days a detailed reports about the Sprint on the blog of krita.org itself. So! I'll skip writing a detail report about our discussions and I'll focus my blog post around my sketchbook and more precisely about the sketches done since I started to travel on Tuesday.

I drew various random ideas, various tests and various quality; some were done during meetings, some other on the side of my plate at restaurants, some other in plane, train or even while walking into a guided tour of a museum. You can click any picture to get a better resolution. Again a big thanks to all participants I met on the Krita sprint of this year, I had a very good time. 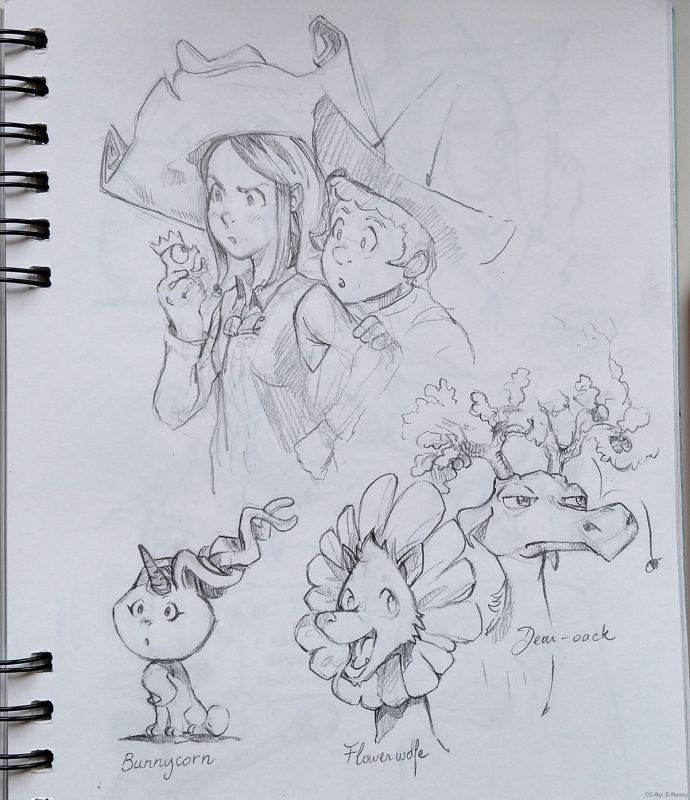 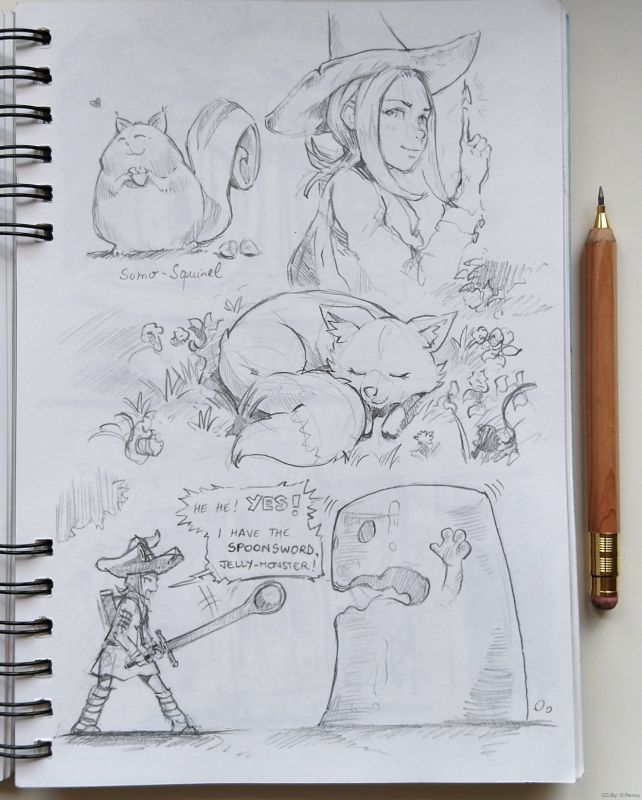 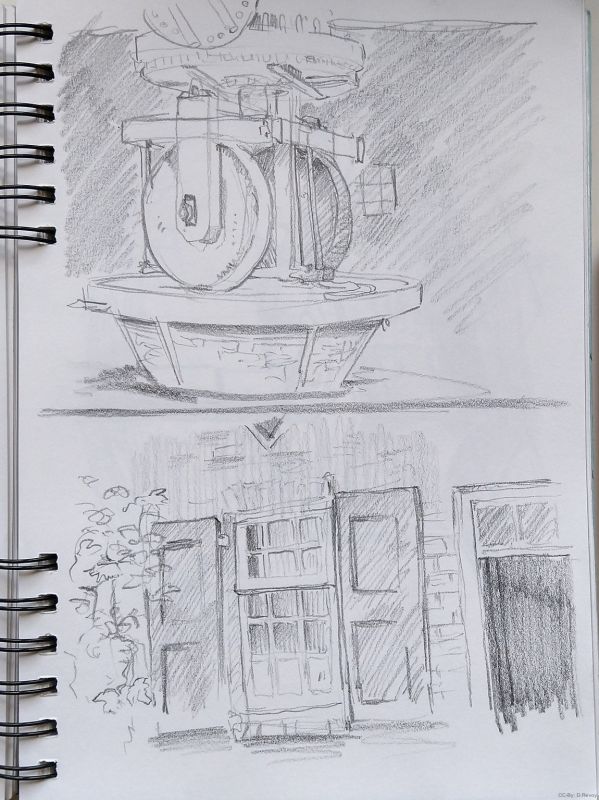 observations at the the Netherlands Open Air Museum, during the guided tour (real life ref) 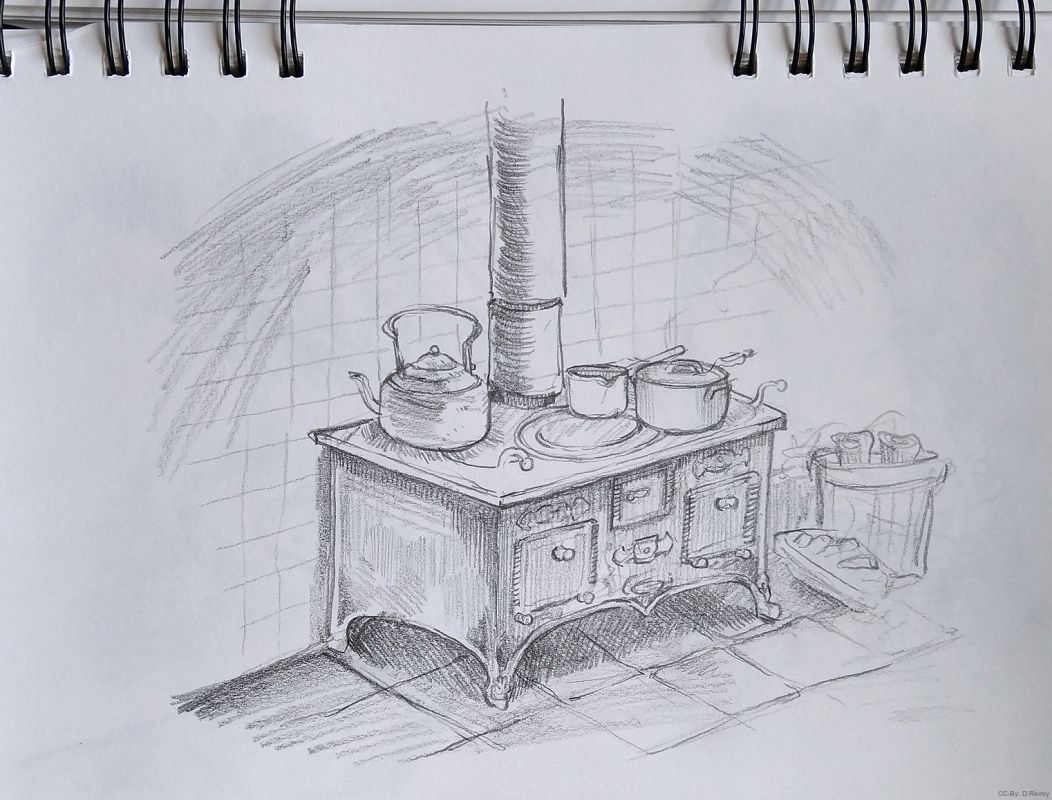 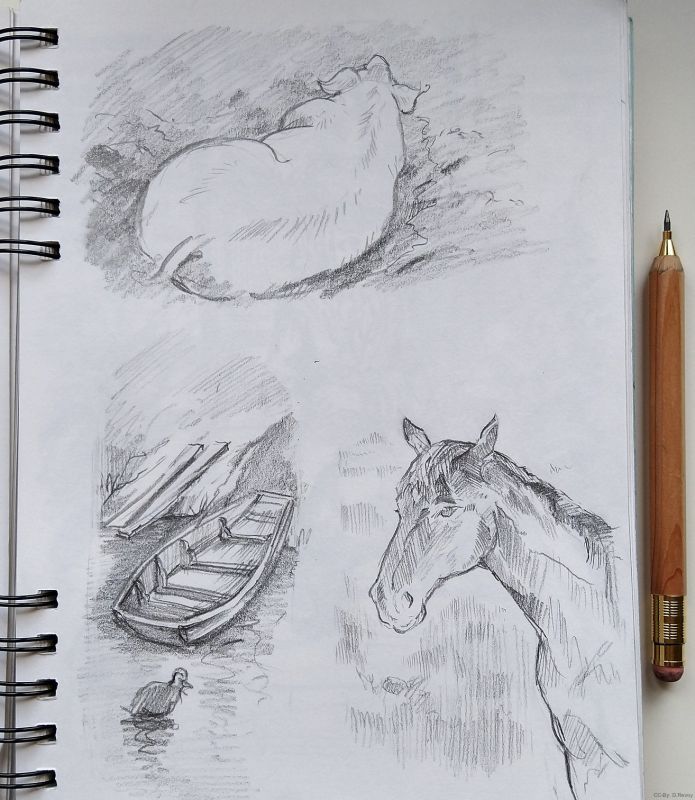 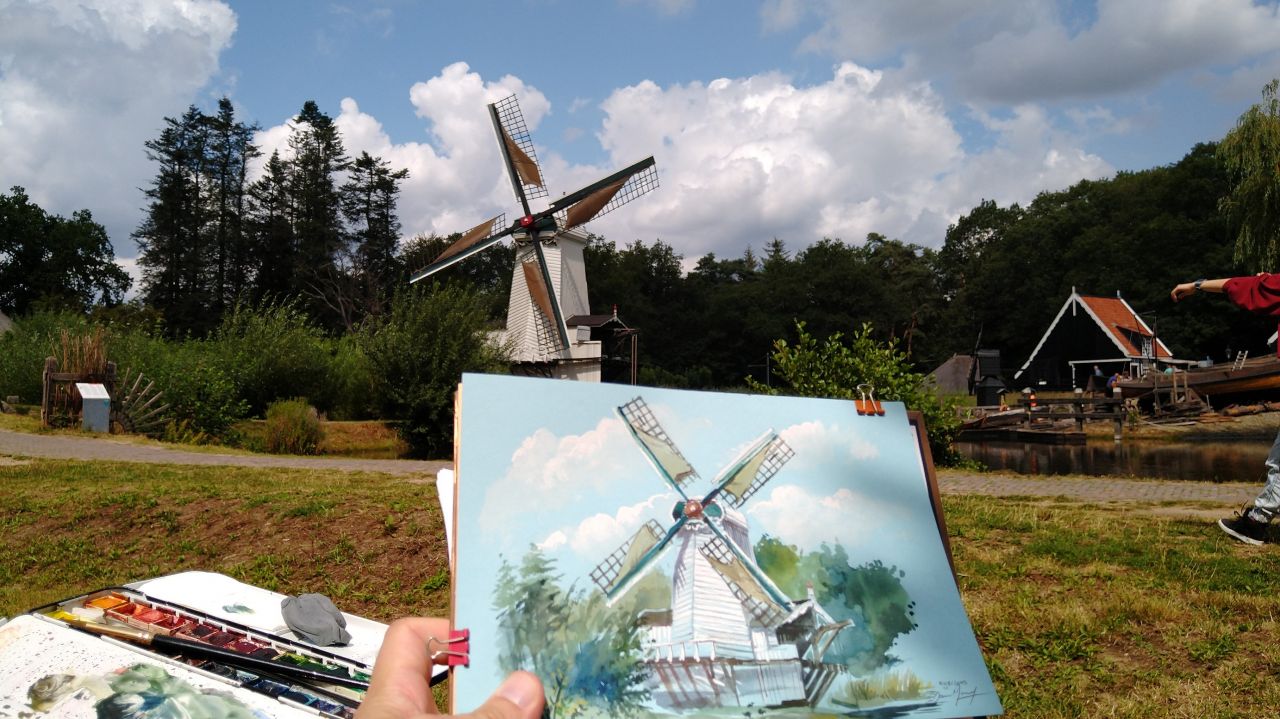 On the afternoon, a watercolor of a windmill on blue paper with white gouache 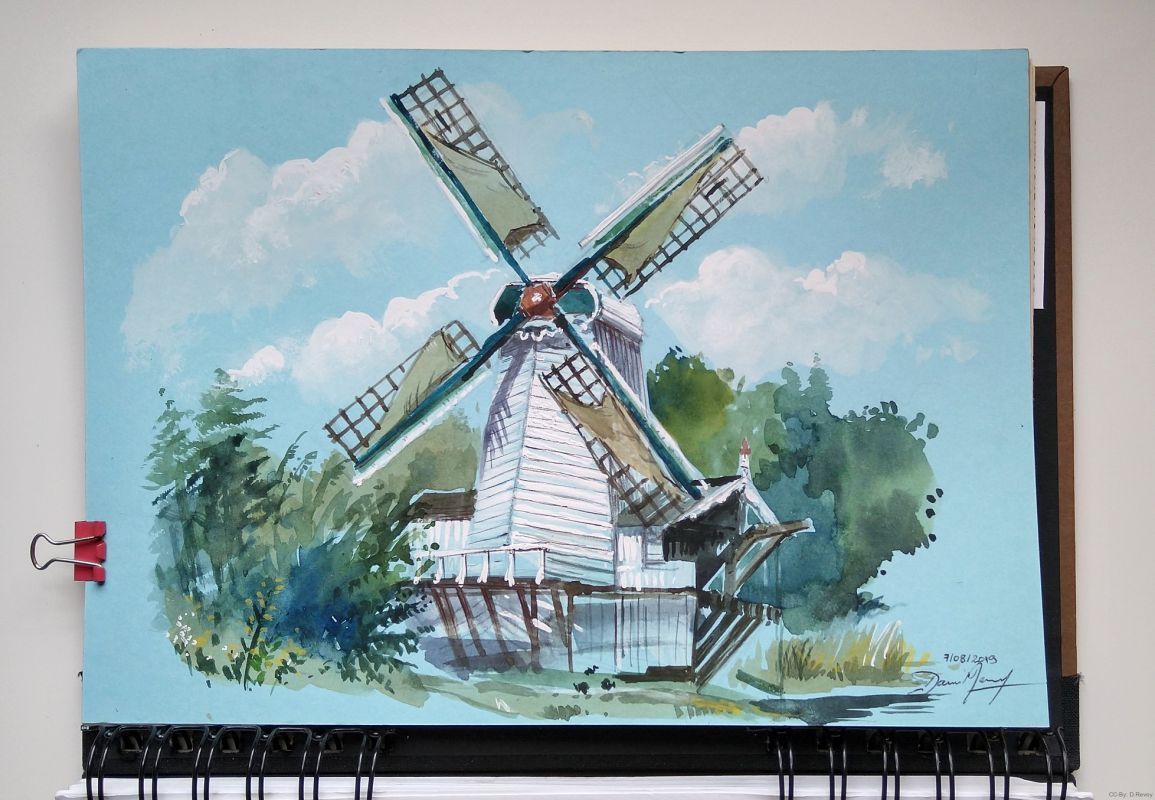 Another view of previous painting 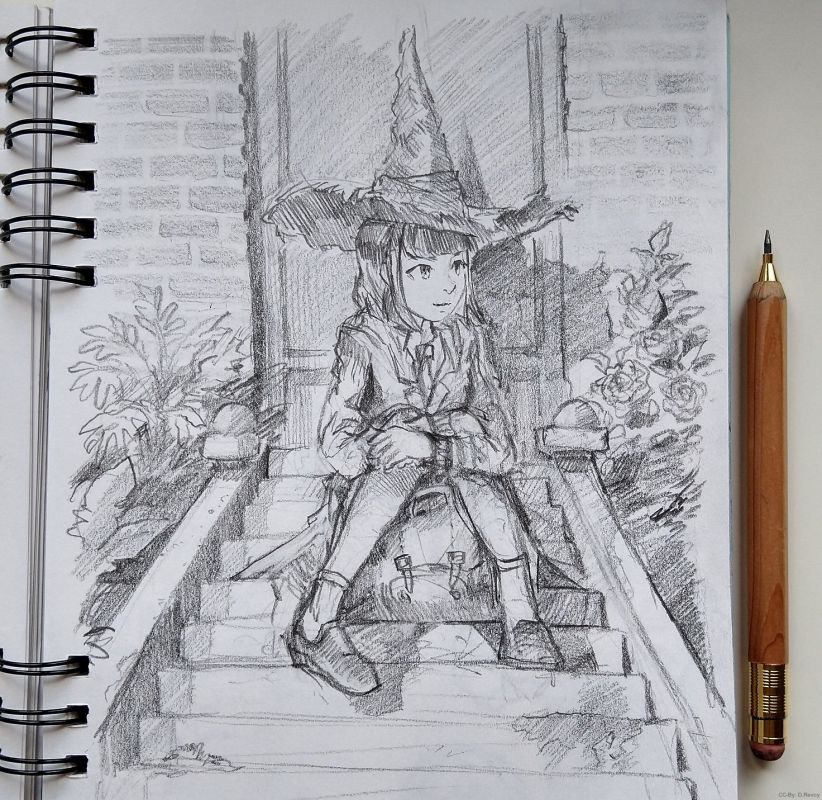 An attempt at a shaded scene (from imagination) including a Pepper with another haircut, a school uniform and her bag. 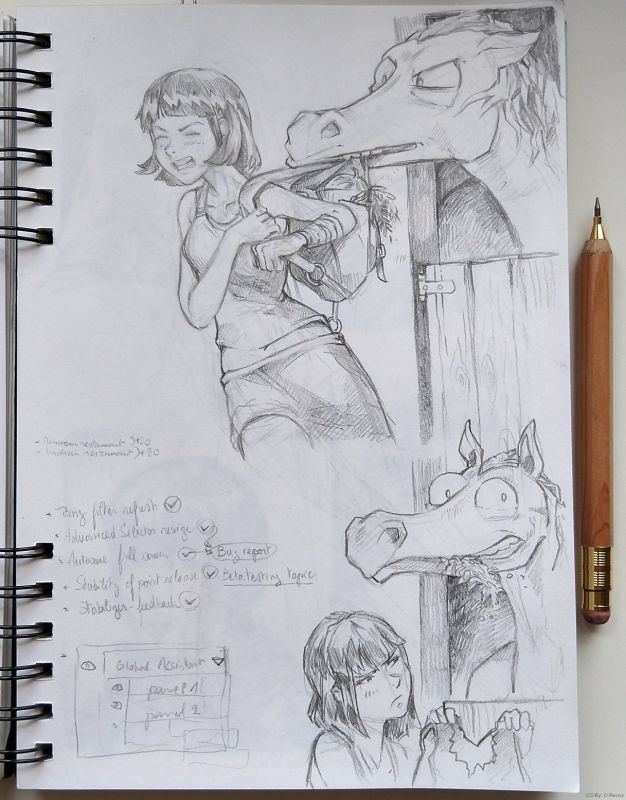 A study of pose from imagination, constrain of force and acting, plus few notes on a discussion about Krita. 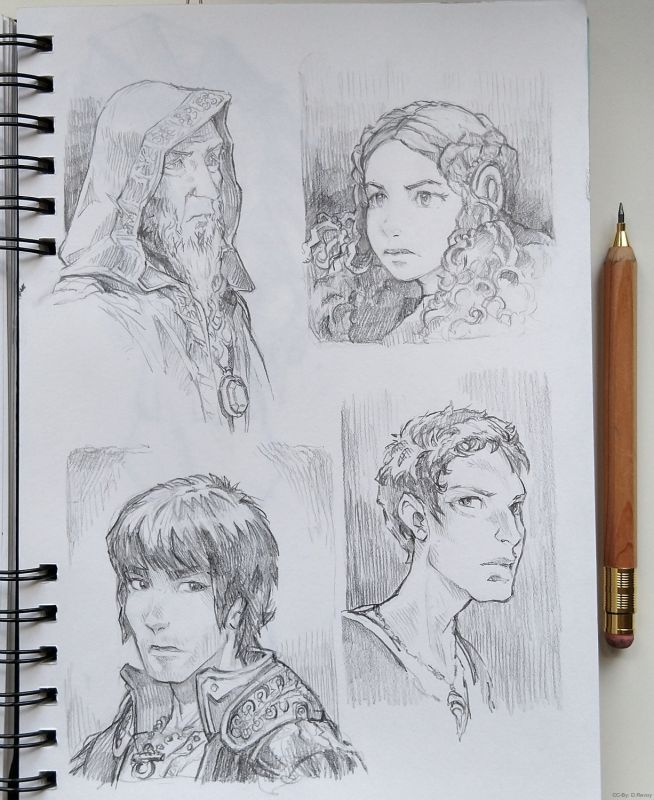 A collections of four random portraits to get "outside of comfort zone"; changing proportion, style. (from imagination) 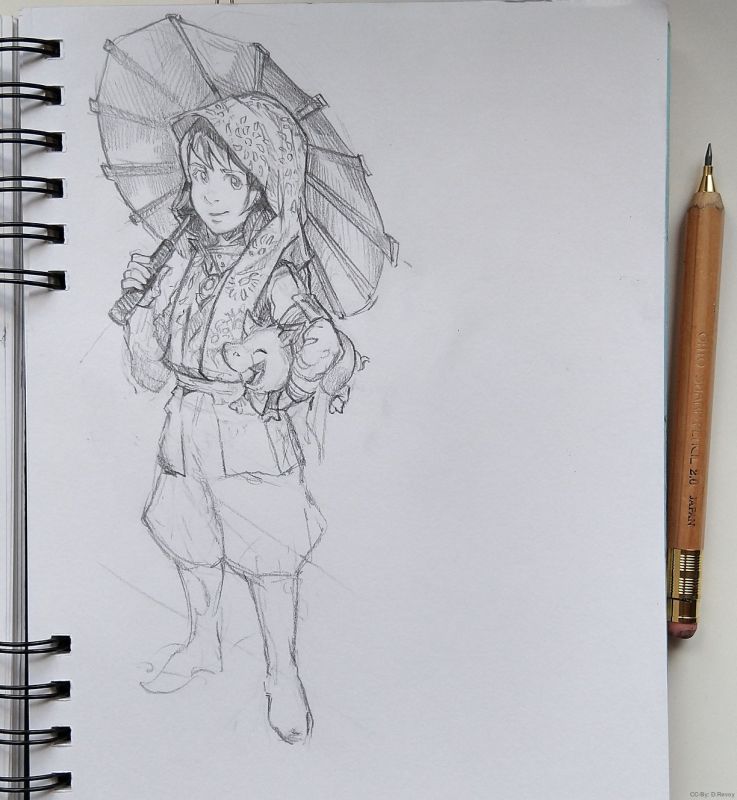 Next post
License: CC BY
David Revoy, www.davidrevoy.com, 10 august 2019.
Unless otherwise mentioned in the article.

Those are beautiful! You managed to do them "live" during a visit? That's really fast.

Thank you :)
Yes, all of this was live, but I'm not really fast: I had time during flight, train and I like to keep the sketchbook around during meeting, discussions and restaurants.

These look great. It was good seeing you for a few days in Deventer and discussing Krita!

I really like the horse one, schoolgirl Pepper, and the windmill!

Your talent is unbelievable.