"Capitole du libre 2015" was cancelled ; "Bazar du Libre 2015" is born
Pepper and Carrot conference will happen !
Saturday 21 November, 14:00 – 14:30
Fablab Artilec, 27bis Allées Maurice Sarraut , Toulouse, France
All information ( and program )in french here :
http://bazardulibre.org/culture-crea-2d-3d-libre.html
This will be the first and very short conference about Pepper&Carrot (in french). I'll talk about the origin of the project, why I'm doing this open-webcomic, how the project is running and where the project could go.
About "Capitole du Libre" : After the recent events and terrorist attack in Paris, "Capitole du Libre" event was cancelled by autorities due to security reason. In the last 3 days, the organizator and many volunteers worked very hard to create an alternative event, split over 3 places named 'Bazar du Libre'http://bazardulibre.org
Here is my previous 'poster' before the event was canceled : 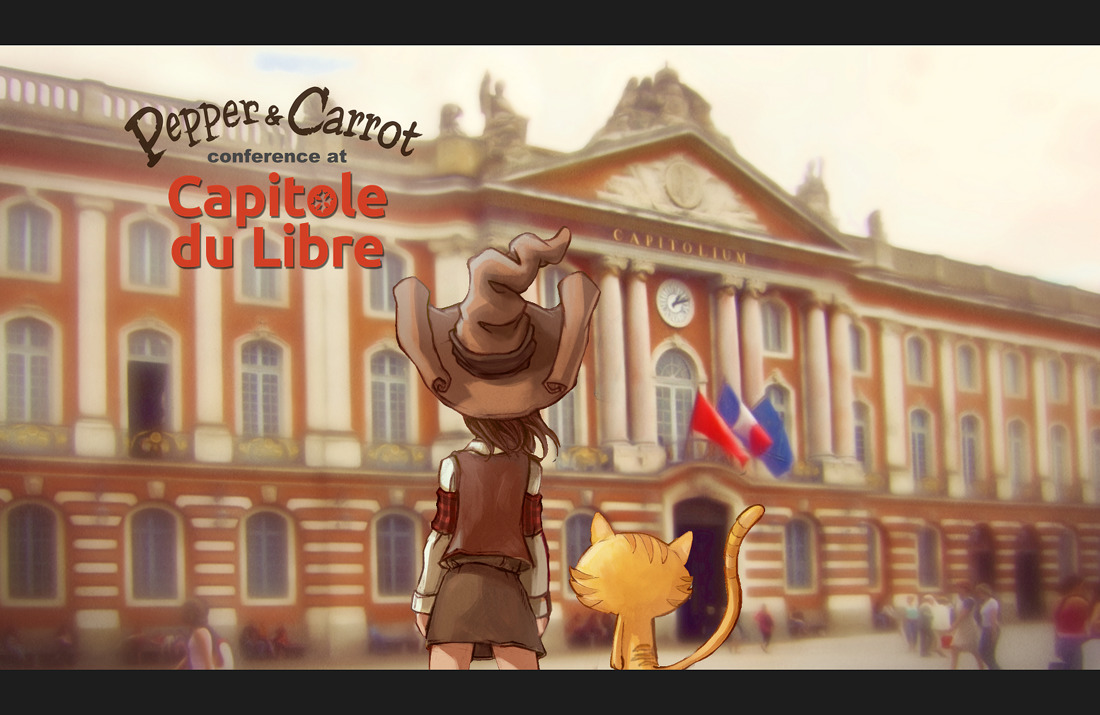 License: CC BY
David Revoy, www.davidrevoy.com, 19 november 2015.
Unless otherwise mentioned in the article.

That's not Japan yet. But it's a nice start. :)
I'll watch the conference when it will be available on video on the Capitole du Libre web site. Toulouse is too faraway.

I am sorry to hear about the extra trouble, but the event sounds really neat. I would also have gone to the Krita animation and open hardware talks. How did the Bazar go?